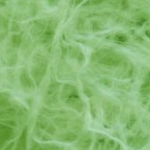 In my post about Seastar we’ve covered continuations style asynchronous programming. My personal opinion is that this style is hard to work with in C++. In this post I would like to cover alternative, Fiber-based approach. I will use Boost.Fibers library in all my examples.

Fibers, or green threads, or cooperative threads are similar to regular threads but with few important distinctions:

The snippet below demonstrates point (2) above.

Both fibers read-modify-write the same unprotected variable. The fiber scheduler might switch the execution from the main fiber to fb1 or fb2 either during fiber creation or during the join() calls. In this case, I explicitly launched both fibers without switching the execution, i.e. the main fiber continued running passed constructors until fb1.join() call. During fb1.join() call the main fiber suspends itself until fb1 finishes running. However, it’s not guaranteed which fiber will run next: fb1 or fb2 - this depends on the scheduler policy. In any case, each one of spawned fibers will run in turns until the completion because they do not have any “interrupt” points inside their run functions. As a result, shared_state will be changed sequentially. We did not show what is the scheduler policy in this example, therefore the order of the applied changes to shared_state is unknown here.

This snippet demonstrates point(5) above.

Here we start 2 fibers and make sure that fb1 will progress first by yielding (switching) the execution from fb2. Once fb1 starts running it makes a direct system call to sleep(). Sleep is OS function that is not aware of our fibers - they are user-land. Therefore the whole thread will stall for 1 second and only when fb1 finishes, it ill resume with fb2.

Here, like in the previous example, fb2 yields to allow fb1 to start running first. fb1 blocks and waits for fb2 to signal, but since we use regular mutex and condition variables no context switching is done ending up with a deadlock.

To coordinate between fibers we need fiber-specific mechanisms which boost.fibers provides. We have fibers::mutex, fibers::conditional_variable, fibers::future<> and fibers::promise<>. Also, we have (fiber) mpmc blocking queue fibers::buffered_channel, which is similar to golang’s channels. Those constructs recognize when a fiber is stalled and call fiber scheduler to resume with the next active fiber. This enables asynchronous execution which does not block the running thread until no active fibers are left and the system is blocked on I/O or some other signal. That means we must use fiber-cooperative code every time we use I/O or call an asynchronous event.

If you remember we reviewed Seastar’s keep_doing method of repeating futurized action in the loop. With fibers it becomes much simpler and familiar:

Our loop is just a regular loop but its asynchronous action should block the calling fiber when it does not have the result yet. When do_something_fiber_blocking blocks, the execution switches to any other active fiber. It may be that fb2 is active and did not run yet. In that case, it will run and block at cv.wait line. fb1 will iterate and wake fb2 on each iteration. But only when the condition is fulfilled fb2 will set keep_going to false. Please note that both keep_going and iteration variables are unprotected. As you can see, writing asynchronous code with fibers is simpler as long as you leverage fiber properties to your advantage.

Another example from the previous post: fetching the file size asynchronously using the handler object.

As in the previous post, we stall the calling fiber for 10ms and then call IO function f.size(). Unlike with Seastar, the flow is just a regular C++ flow with the distinction that the thread “switches” to other execution fibers at every “stalling” point like “sleep” and “f.size().

With sleep(), the framework instructs the scheduler to suspend the calling fiber and to resume itself after 10 milliseconds.

With f.size(), the developer of file class is responsible to suspend the fiber upon the asynchronous call to IO device that should bring that file metadata and wake the fiber back once the call has been completed. The synchronization can be done easily using fibers::mutex and fibers::conditional_variable constructs as long as the underlying IO interface allows completion callbacks.

The fiber-based code is simpler than futures-based code and object ownership issues are less of a hassle. The file object does not go out of scope before the asynchronous operations finish because the calling fiber preserves the call-stack like with the classic programming models. Seastar model assumes infinite threads of executions and even when we want synchronous continuity we must use continuations to synchronize between consecutive actions. With Fibers model we assume synchronous flow by default, and if we want to spawn parallel executions we need to launch new fibers. Therefore, the amount of parallelism with fibers is controlled by number of launched fibers, while Continuations Model provides infinitely large parallelism by building the dependency graph of futures and continuations.

I believe that even in the case of very sophisticated asynchronous processing most flows look synchronous with just a few branches where we want to launch many asynchronous actions in parallel. Therefore I believe that Fiber-based model is more convenient in general and in C++ especially due to various language restrictions and lack of automatic garbage collection.

It’s not totally fair to compare boost.fibers to Seastar because Seastar provides high level framework for asynchronous execution as well as RPC, HTTP, networking and events interfaces under the same hood. Boost.Fibers on other hand is low-level library focused only on Fibers. Boost.Asio and Boost.Fibers can provide somewhat similar functinality to Seastar. Unfortunately there is not much material in the internet on how to use efficiently those libraries together. That’s why I released GAIA framework that provides high level mechanisms to build high-performance backends. I will continue talking about GAIA in my next posts.